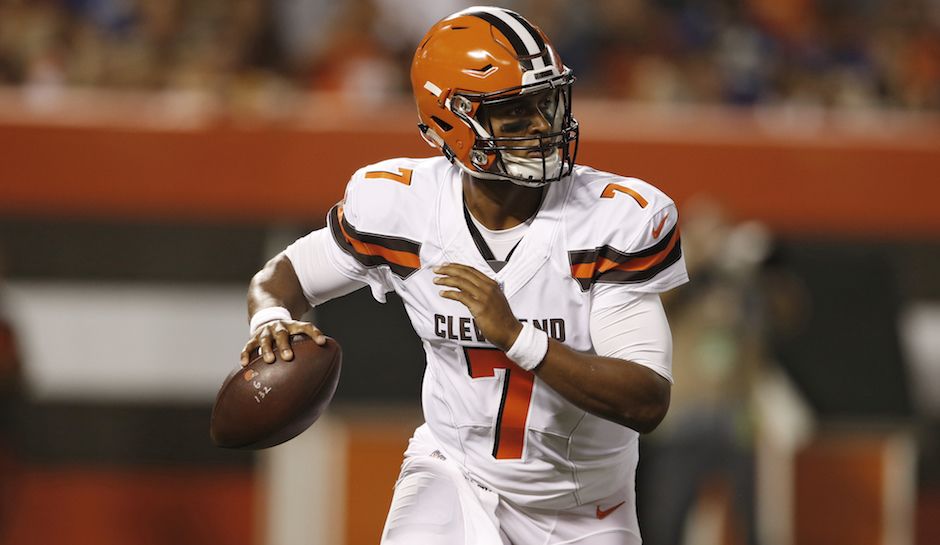 DeShone Kizer is one of the youngest starting quarterbacks in NFL history, and in Week 2 he’ll face a daunting task as the Cleveland Browns travel to play a Baltimore Ravens team that is 5-0 under coach John Harbaugh against rookie quarterbacks at M&T Bank Stadium.

Harbaugh isn’t overlooking the rookie passer who impressed the Browns last week in his NFL debut.

"Hue Jackson knows what he's doing when it comes to quarterbacks. He believes in his rookie quarterback -- talent, head, poise, all those things,”  “He believes he has a great quarterback there, so that's the quarterback we're going to prepare for." - Raves Coach Harbaugh

Jackson said this week that Kizer’s performance gives the team “hope” when considering their competitiveness until the very end of their Week 1 loss to the Pittsburgh Steelers.
But this week Kizer goes on the road for the first time and will join a list of rookie quarterbacks that Baltimore has beaten up on its home field. Although, that list is pretty underwhelming when you consider how each quarterback progressed, and it includes a former Browns quarterback and the team’s current third-stringer. The list consists of Brandon Weeden, Andy Dalton, Cody Kessler, Carson Wentz and Geno Smith. That group finished with a woeful 60.2 passer rating with only two touchdowns and seven interceptions in their rookie debuts at M&T Bank Stadium.
The Ravens aren’t just better against rookies at home, either. They’re a better home team than most, giving them an advantage at M&T Bank Stadium that’s pretty remarkable. Last year, they finished 2-6 on the road and 6-2 at home. That’s generally been the trend under Harbaugh and with Joe Flacco at quarterback.
Baltimore traveled to Cincinnati last week and shut out and pushed around veteran quarterback Andy Dalton and the Cincinnati Bengals — Dalton finished having been sacked five teams, threw four interceptions and a lost fumble. They stifled the Bengals’ offense completely and limited their rushing attack to just 3.5 yards per carry.
Yes, Kizer showed some promise in his NFL debut, but he held the ball too frequently and took seven sacks in the process. Unless he gets rid of the ball faster, or Hue Jackson can game plan some quicker throws, the rookie could be in trouble against the pesky Ravens defense.
Or perhaps last week was an aberration, and perhaps Kizer is a quarterback who can ascend higher than the Weedens and Kesslers of the league.
Maybe the Bengals’ turnover at offensive line this offseason doomed them to at least one disastrous performance, and it happened last week against the Ravens. And maybe, just maybe Kizer can emerge with another strong showing to encourage his coaching staff even further that he’s the quarterback they need to lead the franchise.
fShare
Tweet